Here you can see Sffeco details

SFFECO Carbon dioxide (CO2) system extinguishes fire by reducing the oxygen content of the protected space and or local flame front to a point where it will not support combustion.

Carbon Dioxide is an odorless, colorless, electrically non-conductive, non-corrosive, and non-deteriorating inert suppression agent. Carbon Dioxide is approximately 50% heavier than air, and is normally present in the atmosphere at about 0.03% by volume. Carbon Dioxide is instrumental in controlling respiration and other vital responses in animals and humans, but it WILL NOT support life.

Carbon Dioxide extinguishes fire by reducing the oxygen content of the protected space and/or local flame front to a point where it will not support combustion. Oxygen reduction below 16% by volume will extinguish most fires. Surface or “flash” type fires (oils, paints, etc.) are quickly extinguished.

Deep seated or “smoldering” type fires (paper, baled cotton, clothing, etc.) are extinguished by the prolonged action of a high concentration of Carbon Dioxide. Retaining the agent within the protected space reduces the fire’s ability to re-ignite.

In addition, Carbon Dioxide has a cooling effect on the surrounding atmosphere that has been found to be a benefit to fire extinguishment. 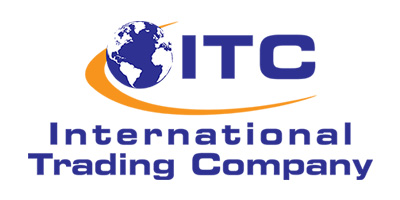 International Trading Company is one of the leading and reliable in the field of fire protection ‎systems companies in EGYPT.
Facebook-f Twitter Linkedin-in Instagram